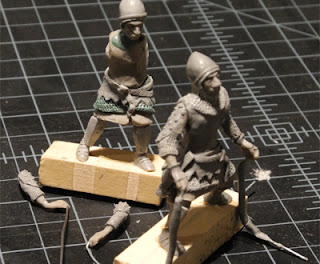 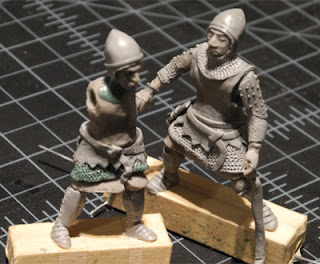 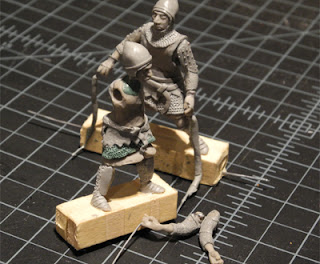 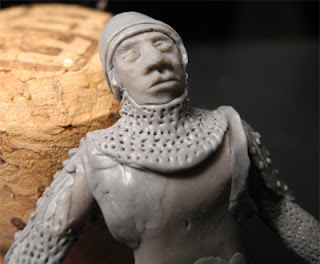 These are some new figures I'm working on, based on French armor in the Hundred Years War.  These figures are mainly sculpted in super sculpy, but I have recently started using epoxy putting.  As far as getting detail on my figures, its stepped up my game a bit.  You can see the arms of the second figure in the foreground.  They are attached toward the end of sculpting.  Rather than making sockets and casting pieces separately, I am now integrating wires from the arms to act as vents for the mold making process.
Posted by Mr. Bigglesworth at 3:54 PM