Hello friends - Bigglesworth here.  Mrs. Bigglesworth decided to go with friends to spa country here in California for a weekend of mud baths, massages and facials.  What is a miniature enthusiast to do with the house to himself for a weekend?  - maybe Germans vs. Russians mayhem in 1/72 scale! 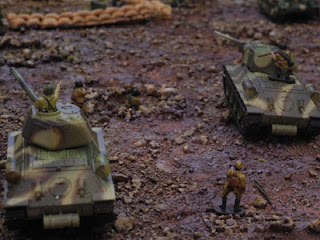 A friend who knows I love creating things in miniature asked me to create this scene for him.  It is a late war skirmish with the Germans holding a fortified position against those pesky Russians with their T34 tanks. 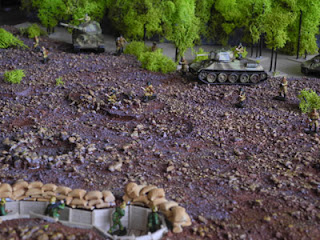 The Germans are holding shallow slip trenches with sandbag protection and the Russians are charging out of the tree line.  The sandbags were all made with sculpy - you all know how much I love sculpy. 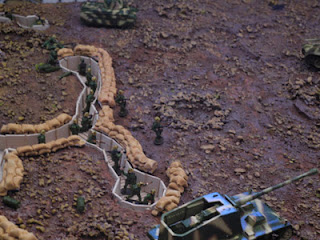 The Germans have a piece of self-propelled artillery and a light tank to defend their position.  The light tank is actually a modern British tank at the wrong scale painted to match the bombardment tank - but whats a bit of anachronism among friends. 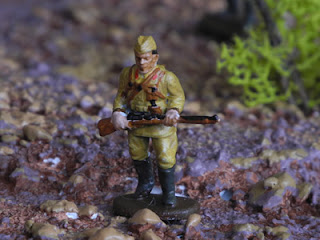 A close-up of one of the Russians. 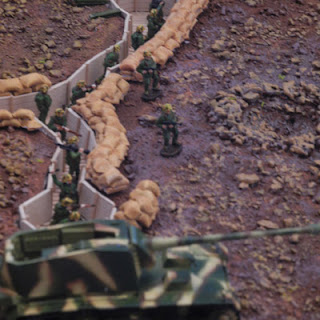 Another view of the German trench line. 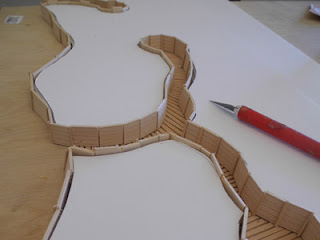 This is a process shot of the trenches being built.  I layered foam core around the trench openings and the craters were also cut out of the foam core. 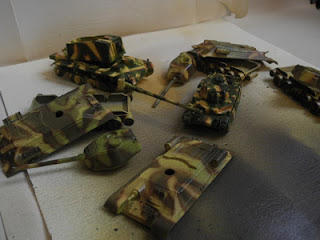 The armor being painted. 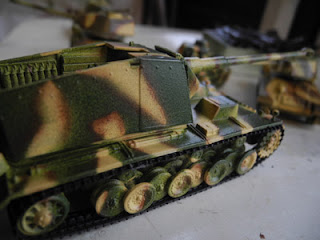 A close-up shot of the German self-propelled artillery. 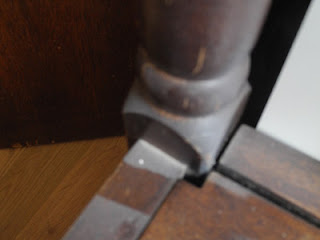 Over-spray on the furniture - Mrs. Bigglesworth will not be pleased - in fact, I'm toast.

The armor and infantry were all from Plastic Army - I didn't sculpt any of the figures or build any of the armor.  I know I've been distracted by my space pigs and now this scene, but I promise that I have been working on more knights and gearing up to do more casting.  Promise to get back to crafting knights soon.

Email ThisBlogThis!Share to TwitterShare to FacebookShare to Pinterest
Labels: Distractions